A project to collect memories of people’s cherished places. I collected 51 stories so far.

“What is the most cherished place in your life?”I ask the project participants about the locations and interview them about stories around these places. I then identify the coordinates of latitude and longitude of the location, order an aerial photograph of the time when a story took place from the Geographical Survey Institute, recapture the image with a blur effect and case it in an iron frame together with a glass plate on which the coordinates of latitude and longitude are marked. Due to the space between the glass plate and the photograph, the cross point of the coordinates cast a shadow on the photograph, which can create an ambiguity of the exact location. Each piece is owned by each participant.
This project reminds us that there are personal memorable places everywhere on this planet and each place is equally precious.
On the other hand, the work also reminds us of how thoroughly contemporary society is controlled when each coordinate can so easily be found on the internet.

* The origin of ubiety comes from a Latin word“ubi”(which means‘where’), meaning the quality or state of being in a place. It is similar to a Japanese word shozai – the composition of‘a place to be (space)’and‘existence (time / memory)’-, and currently rarely used in Europe. 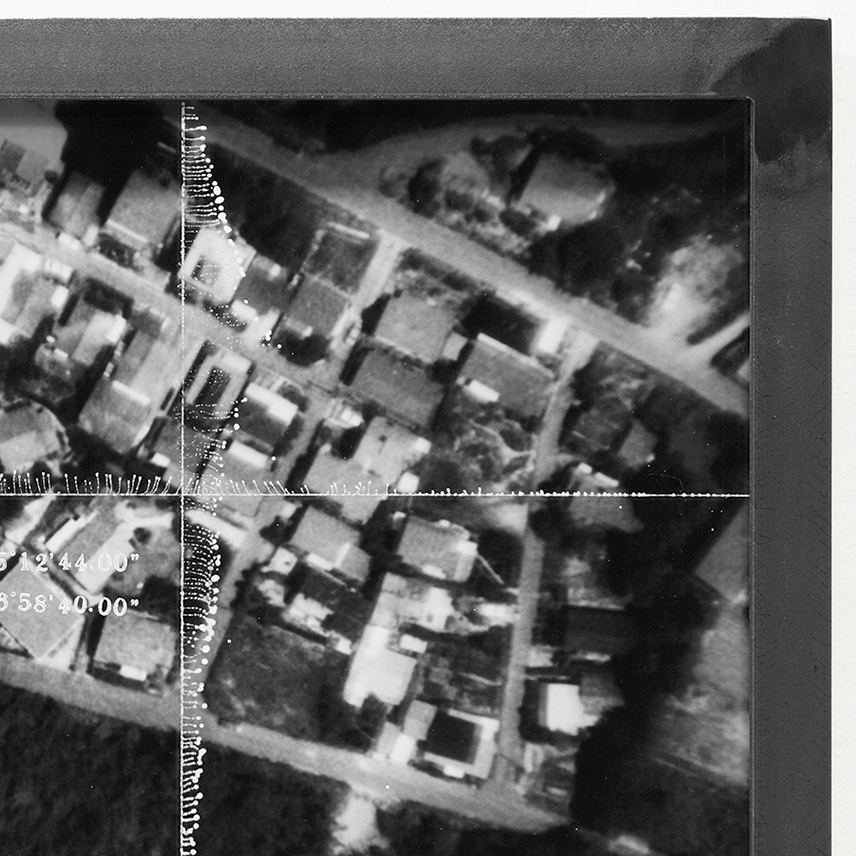 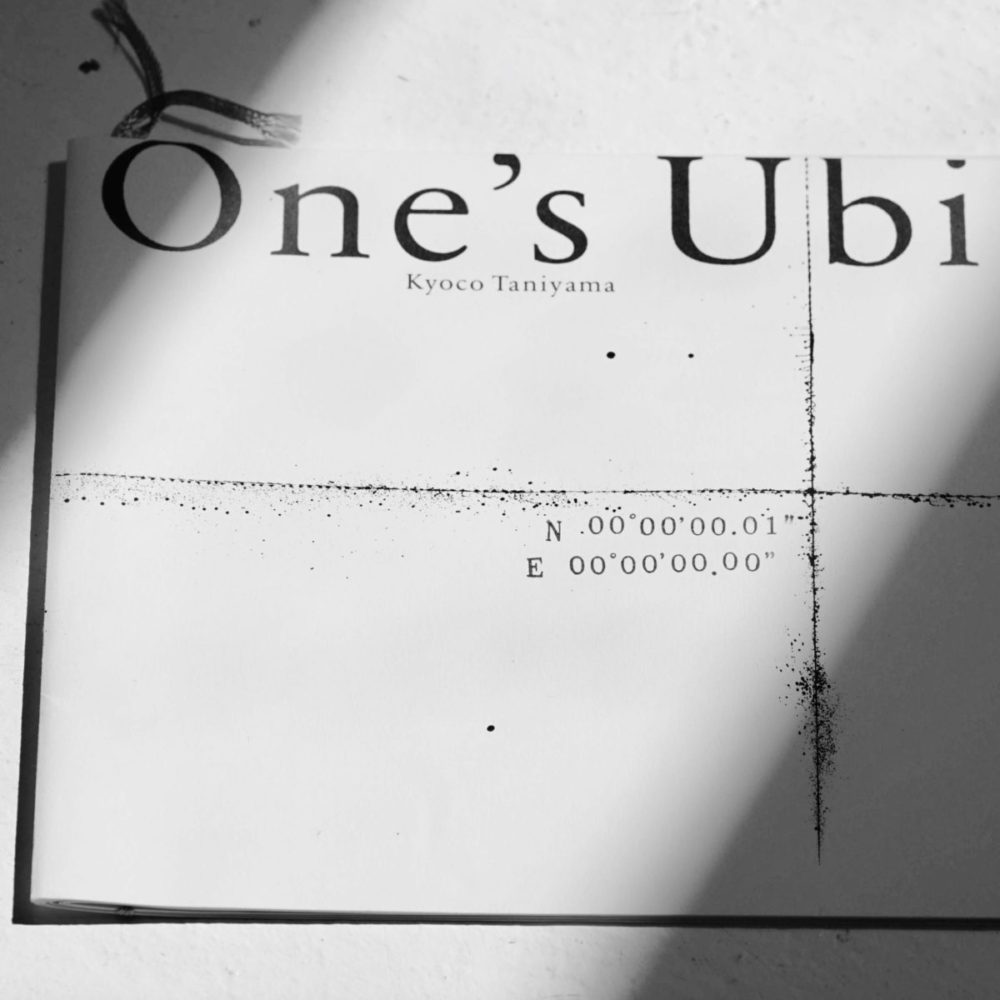 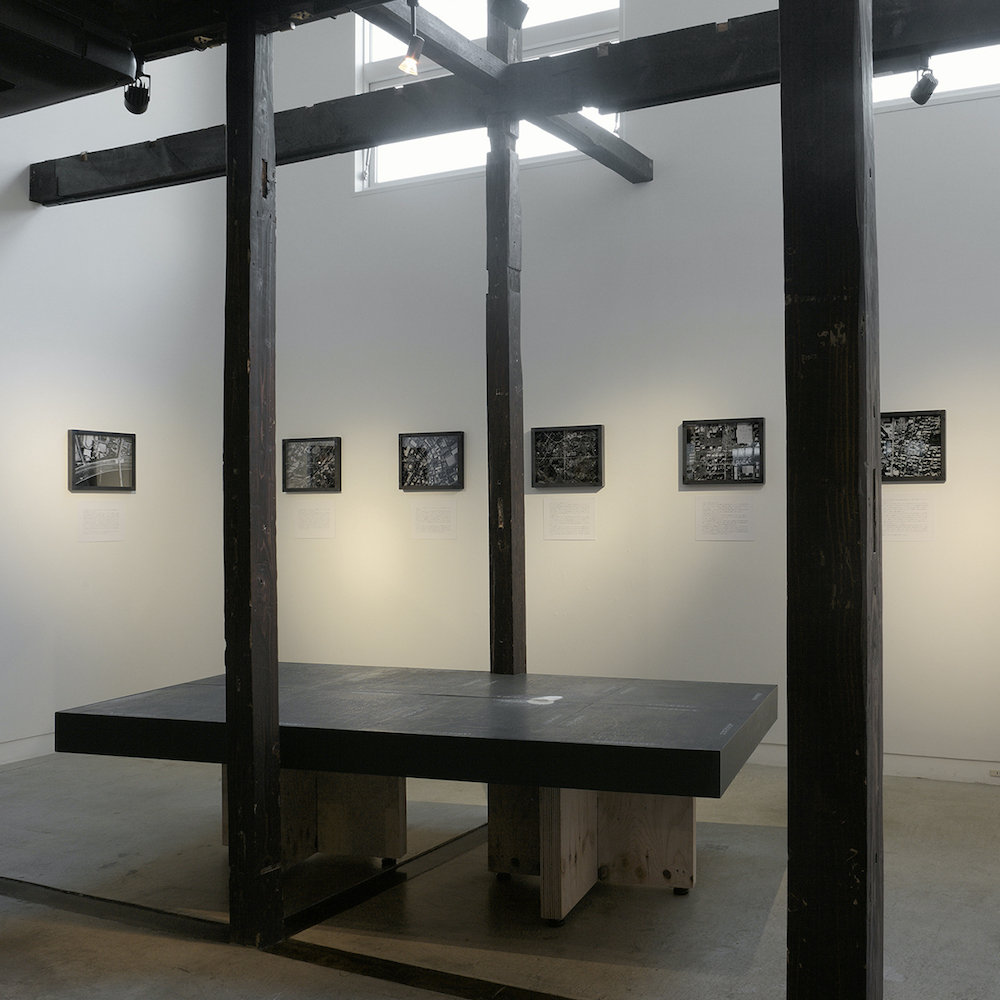