A project that celebrates our day to day lives.

Immediately after The Great East Japan Earthquake of March 11, 2011, I joined in with volunteer activities to clean up the towns in which everything from addresses to daily lives had been flushed away by the tsunami. In the face of such brutality that I had never experienced previously, I asked myself :“Where do I stand now?”Through contacting people who had lost everything from homes to families, I came to realise over again that one’s identity is supported by past relationships with others, memories and registers, which at the same time brought me a sense of uncertainty of my own identity.
Since the experience, I started to search for a way to regain a sense of being here and now, including the preciousness of day to day life and also the feeling of the ground under my feet. In Lat/Long Project which took place in various locations, I decorated the daily scenes with some festive objects and the coordinates of latitude and longitude, and attempted to present the entire scenery as an artwork.
When you indicate locations on earth with numerical coordinates and not with given names, a certain sense of equality is achieved across all places. As a result, the project offers an opportunity for us to realise that any piece of land on this planet can be important to living beings and thus can be viewed equally.
At some locations, the project has been on show continuously, since the location owners identify themselves with the works. 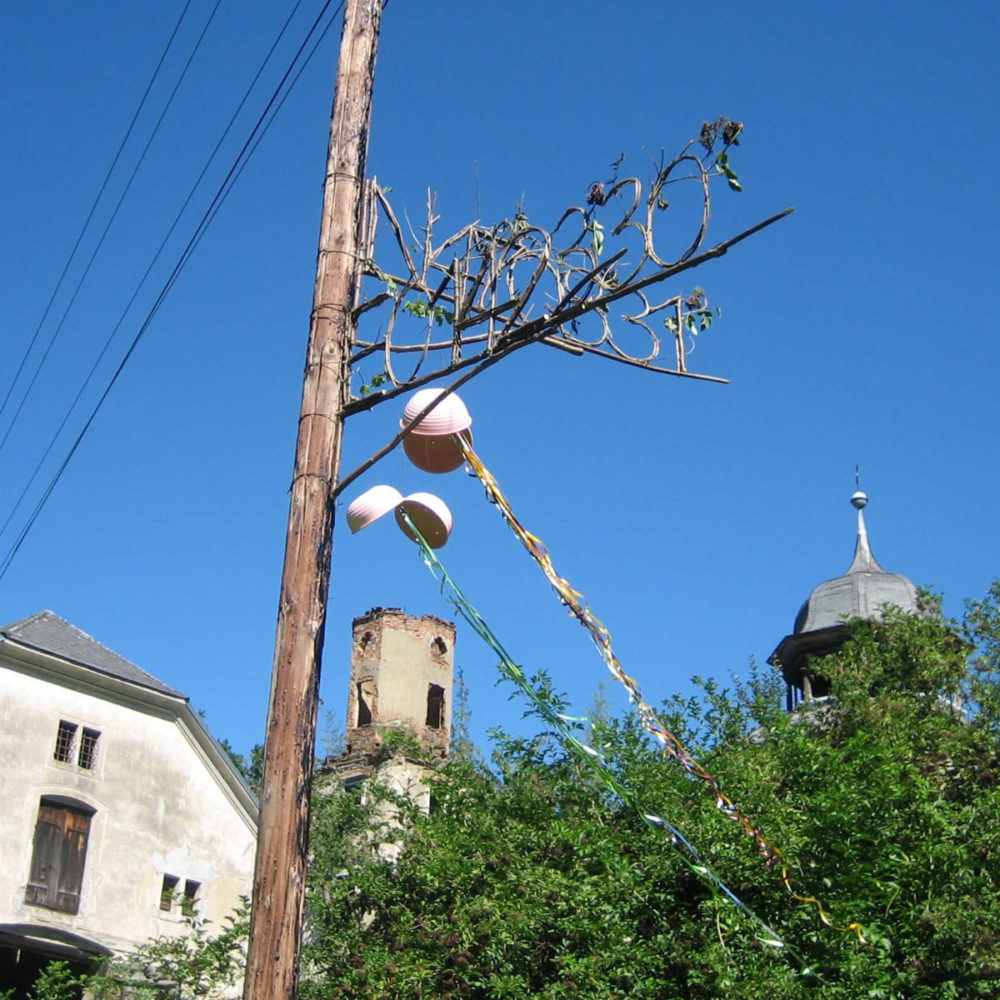 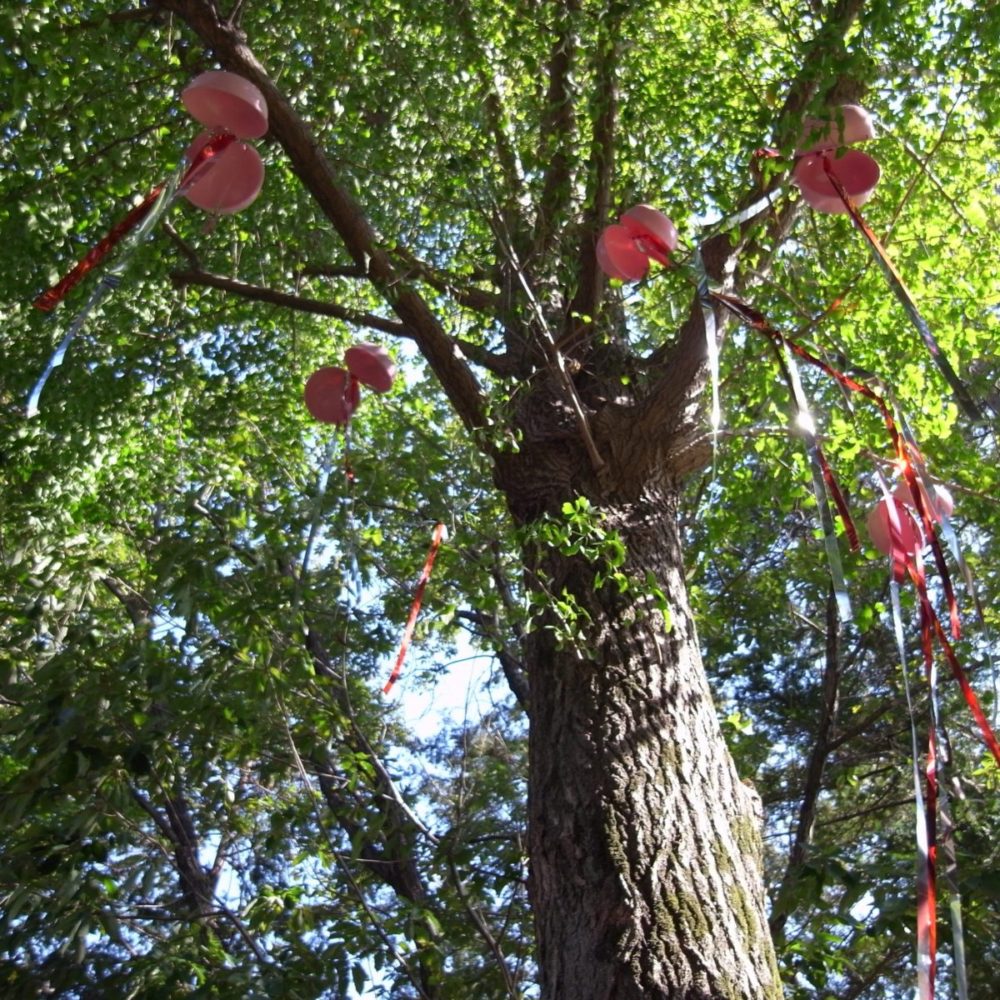 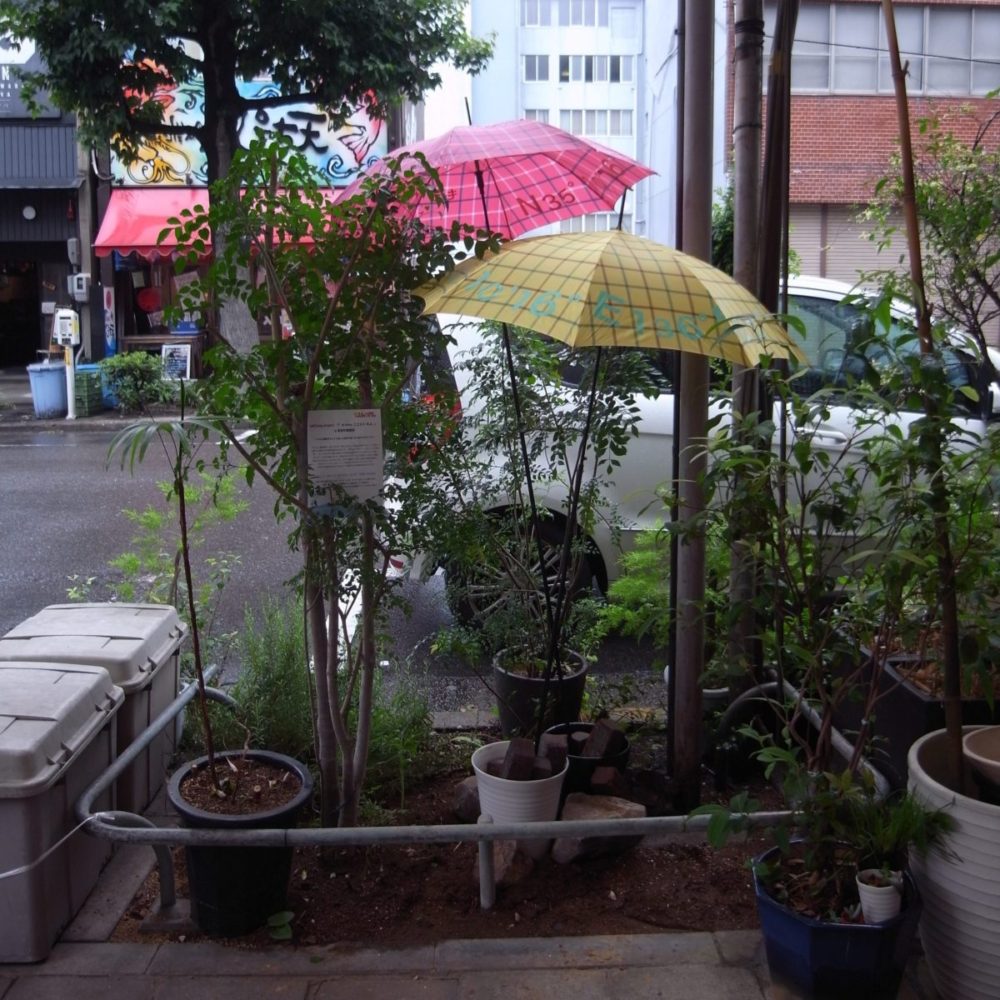 The House of Waterfall 2014